Willkommen-in-germany: Bamberg in Oberfranken, Bayern (Bavaria) on the river Regnit… 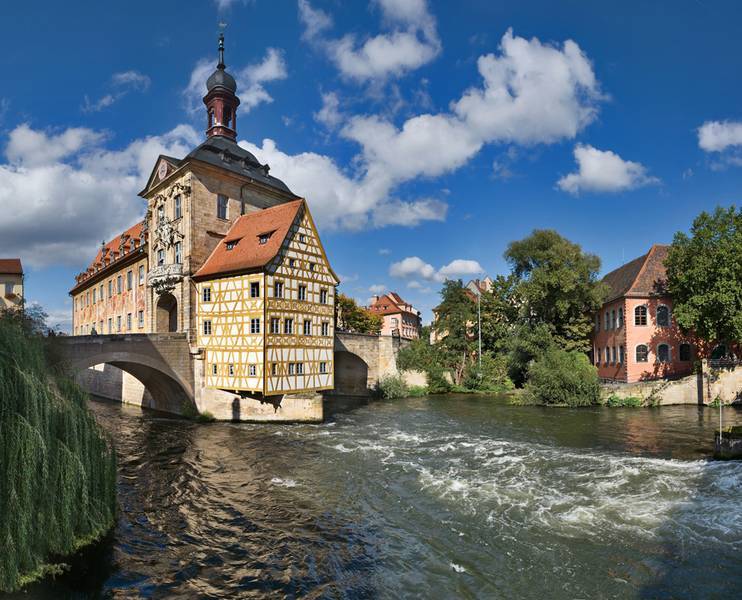 Willkommen-in-germany: Bamberg in Oberfranken, Bayern (Bavaria) on the river Regnitz is a UNESCO world heritage site. During the post-Roman times of Germanic migration and settlement, this region was inhabited mostly by Slavs. The town was first mentioned in 902. In 1647, the University was founded. Germans in Poland were mostly descendants of settlers from this area, who settled in villages around Posen in the 1700s. In 1973, the town celebrated its 1000th anniversary. Its near Nürnberg and Würzburg and extends over 7 hills, each crowned by a church, they call it the “Franconian Rome”. It has been an important base for the Bavarian, German, and more recently American military. Warner Barracks, a U.S. military base, has been slated for complete closure in the fall of 2014. The last remaining battalion left in June. Upon base closure, the base property will be returned to the German government.